A couple of months ago, YouTube Music began rolling out a new Explore section to replace its useless and silly Hotlist tab. It was limited to the mobile app for a while, but it’s now beginning to show up on the web and in the desktop Progressive Web App.

The new Explore tab is easily accessible at music.youtube.com/explore. Similar to the mobile experience, you get two sub-sections: one for New releases, shown in the image at the top of the post, and one for Moods & genres, shown below. The latter offers a few recommendations for you based on your current location and previous listening history. 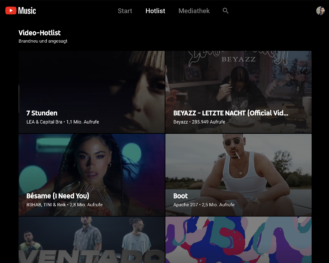 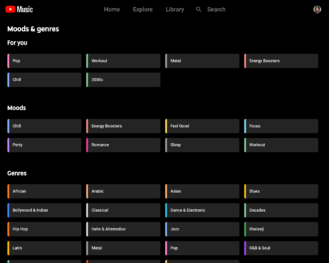 The New Releases section also houses one interesting addition in YouTube Music: a new Released playlist that gathers the 30-50 hottest released songs this week, and gets updated every Friday. My team members, Manuel and Hagop, noticed that their lists skewed heavily towards German and French songs, respectively, so it seems to be different by locale. On the other hand, I see a more global, or possibly US-centric, playlist — here’s the link if you want to check it out or add it to your library. 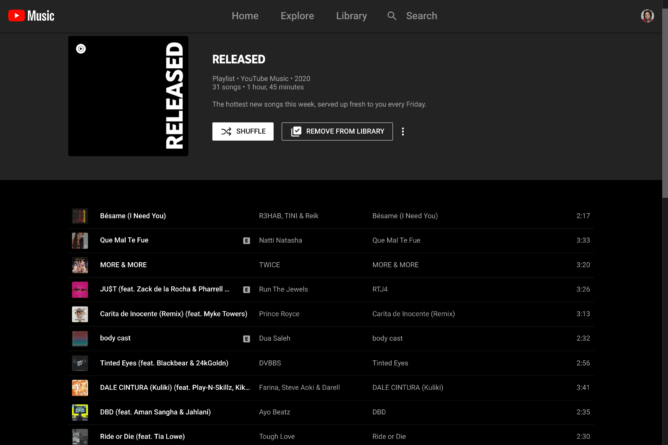 Released joins a series of special playlists that Google is slowly adding to entice music exploration and improve discoverability on its streaming service. For me, YouTube Music still has a long way to go before it reaches Spotify’s level, but it’s certainly made great strides over the last few months.