Galaxy Buds Pro could be Samsung’s priciest earbuds yet

Samsung’s first big launch event of the year is set to come a little early this next time around, and it’s going to bring a lot more stuff than just the 2021 Galaxy S flagships. We’re expecting to see the Galaxy Buds Pro go official at the same time, but several leaks and rumors have already ensured that we got an early peek at these unannounced earbuds. The latest leak now tells us what hardware the Buds Pro will pack inside, while also giving away their expected retail price in the US.

In what looks to be some slides from Samsung briefing material, the Buds Pro are depicted as being IPX7 rated (versus IPX2 on older Galaxy Buds) and having an 11mm base drivers paired with 6.5mm tweeters. They also talk about an advanced version of active noise cancellation and AirPods Pro-like spatial audio, which we first heard about in an older leak. 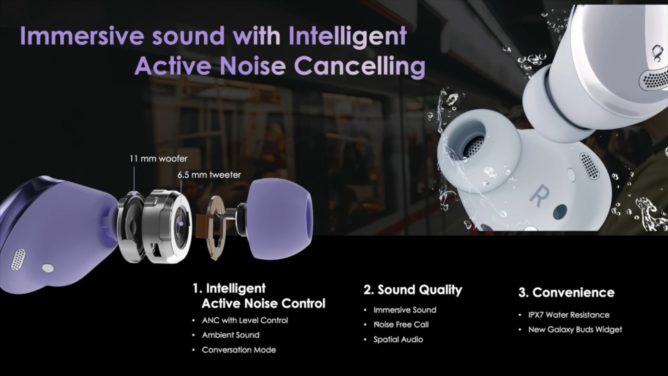 91mobiles’ sources say that each of these Buds Pro will house a 61mAh battery, while the figure is 472mAh for the case. With these capacities, the earbuds claim to support a playback time of 8 hours, with the case extending  that to 28 hours of total usage time. This endurance is comparable to the beans-shaped Galaxy Buds Live but falls flat before the excellent Buds+ that could last for up to 11 hours on a single charge — though admittedly, they lacked ANC. 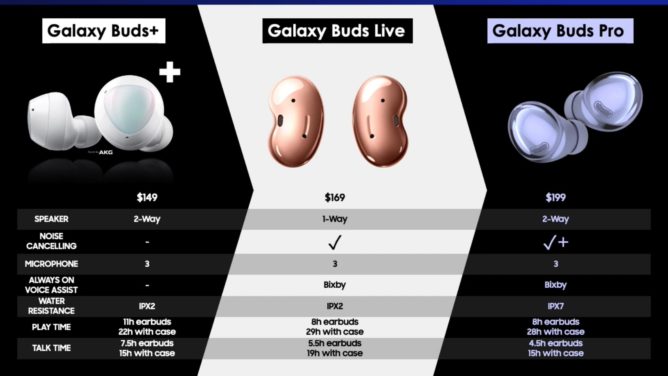 In addition to upgrading the hardware, it looks like that “Pro” moniker also means an upgrade for the price tag, as the Galaxy Buds Pro may end up costing $199 in the US — in comparison, the Buds Live and Buds+ were introduced for $169 and $149, respectively. We’ll have to wait and see if these pricing details turn out to be true and if the Buds Pro actually justify a $50 price hike over the Buds+.

In the meantime, you can gawk at some new Buds Pro renders from noted leaker Roland Quandt, which align well with what we’ve seen so far, though we’re expecting these earbuds to also be available in silver and black, in addition to the purple shade shown here.

Not even 5G could rescue smartphone sales in 2020 – TechCrunch

The music-themed game “Geminose: Animal Popstars” is coming to the Nintendo Switch in early 2021

The music-themed game “Geminose: Animal Popstars” is coming to the Nintendo Switch in early 2021