We’re a few months away from the launch of the OnePlus 9 series, but we’ve already heard quite a bit about it. Only recently, we learned that the 9 and 9 Pro might be joined by a third member, the Snapdragon 865-powered OnePlus 9 Lite. Now, a new leak throws more light on the vanilla OnePlus 9.

According to a report by 91mobiles, the phone may be the first non-Pro one in the company’s lineup to have support for wireless charging — 30W at that. If true, this will be a similar implementation to the OnePlus 8 Pro’s Warp Charge 30 Wireless. 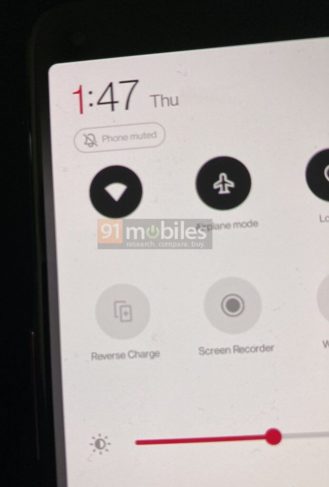 Furthermore, the 9 (alongside the 9 Pro) is also said to be the first OnePlus phone to have support for reverse wireless charging. A purported image (see above) of the device seems to show a corresponding toggle. For what it’s worth, none of the current OnePlus accessories support wireless charging. What’s more, the phone reportedly has a 4,500mAh battery and supports 65W wired charging, similar to the OnePlus 8T. 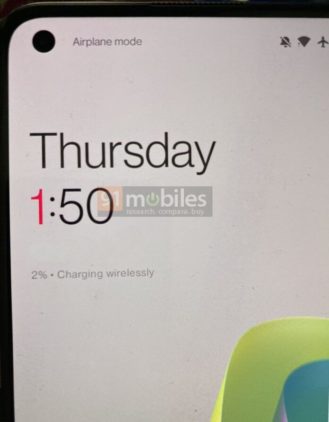 Lastly, another image (see above) reveals that the OnePlus 9’s display does not have any curves. This information corroborates a previous leak that also showed alleged images of the phone. If you’re a curved display stan, you may be glad to know that the OnePlus 9 Pro’s display may not lose its curves.